A Life Dedicated to Women

The Story of May Rihani

May Rihani is a pioneer in girls’ education and a tireless advocate of women’s rights. She is also a writer and a poet in both English and Arabic.

Her career focused on two tracks: 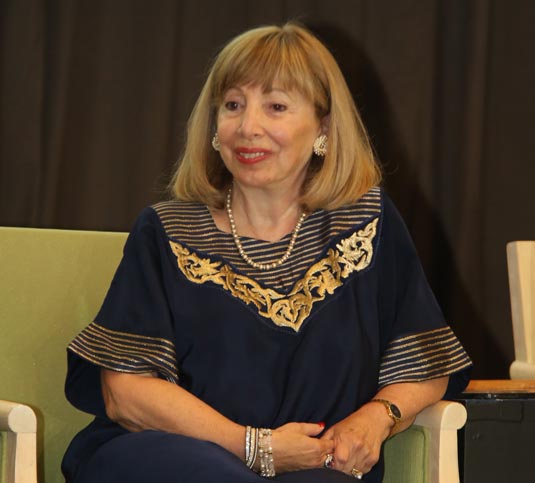 As a result of her work in international girls’ education, she served as co-chair of the United Nations Girls’ Education Initiative (UNGEI) between 2008 and 2010. Her seminal book, Keeping the Promise, is a framework for advancing girls’ education that is used by global organizations. Her knowledge on the subject is drawn from years of experience designing and implementing programs in more than 40 countries in Africa, Asia, and the Middle East for a range of donor agencies, including the U.S. Agency for International Development, UNICEF, the World Bank, as well as private and corporate foundations such as GE and ExxonMobil.

With an increased focus in many countries on how to ensure social justice through ensuring gender equality, May Rihani’s work could not be more relevant or timely. She has faced and respectfully argued with uncompromising male community elders in African, Asian, and Middle Eastern countries using their values to gain their support for programs that would improve educational opportunities for girls, and the empowerment of women.

In the U.S., she has played an important part in increasing our awareness of the challenges young women around the world face by testifying on Capitol Hill, contributing to the docudrama, “Girl Rising” that aired on CNN in 2013, and teaching courses at the American University and the University of Maryland on international education and the expectations of gender roles in Africa and the Middle East.

In early 2016, May accepted an invitation by the University of Maryland, College Park, to serve as director of the Kahlil Gibran Chair for Values and Peace. From 2016 till the present, she increased her focus on deepening the understanding between the East and the West through a series of symposia on the reshaping of Arab thought through the oeuvres of Kahlil Gibran, Ameen Rihani, and Mikhail Naimy. She also increased her attention to contributing to the empowerment of women leaders in the Arab World.
Two major products of her work are the Hub on Arab women pioneers and leaders: https://pioneersandleaders.org/
and the documentary “They Dared” which was produced by a Moroccan woman director.

May Rihani was born and raised by remarkable parents in Lebanon during that country’s “golden years.” She is a woman who dedicated her life to social justice and a better understanding between the East and the West.

She is recognized as an out-of-the-box thinker and writer or editor of eight books in English and three volumes of Arabic poetry.